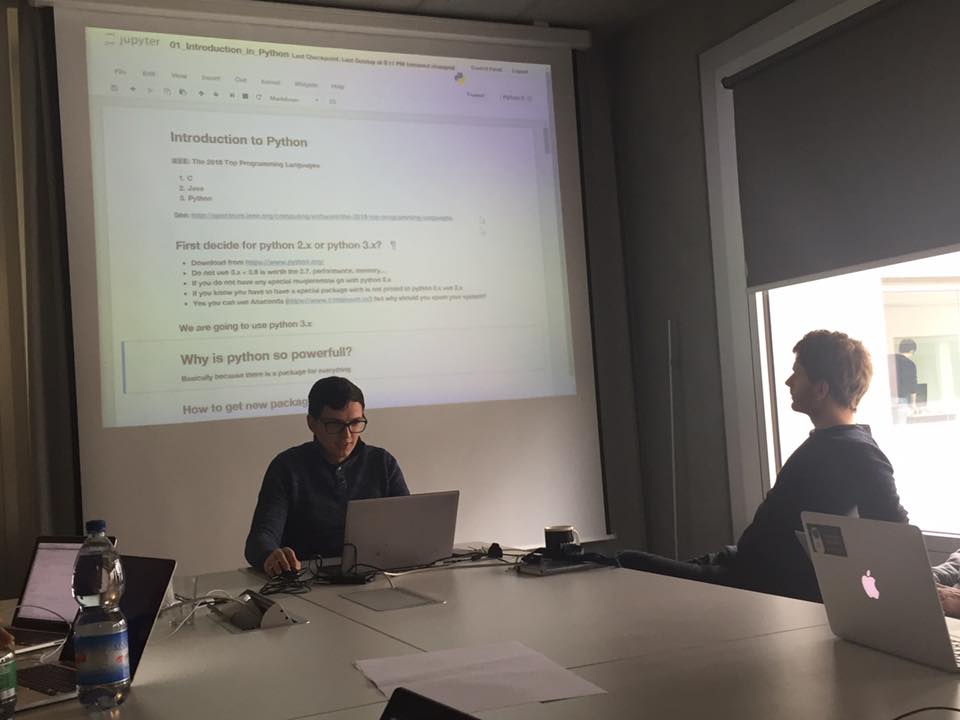 Over the last two years, I was asked quite a number of times if I could give a tutorial on python. So finally, today I did it. We started all the way from deciding for python 2.x or 3.x. We decided for 3.6, since it is finally faster than 2.7. Then work our way very fast throw lists, tuples, dicts. Then if/else, while and for. This was necessary do due a split of approximately 20% have not done python before. Finally, I introduced them to numpy, pandas and matplotlib. The three most common packages in python. When I am using python, I almost import all three. Moreover, I could show teach them how to do the graphs for their papers with python. I left them with a set of examples for figures and all the examples I showed during the tutorial, online available at github.com/SamyStyle/python-tutorial.